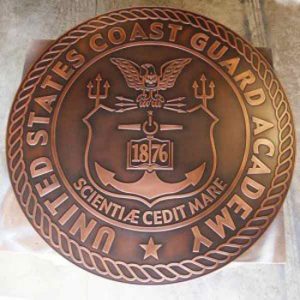 Looking at it, one would think that it weighs hundreds of pounds and costs many thousands of dollars. But, one would be incorrect on both counts. The plaque is two inches thick, giving a real sense of mass, and scales in at under 60 pounds. Cost is a small fraction of a foundry cast plaque. That is, if you could even get one cast in copper.

The plaque design was presented by the Coast Guard Academy in EPS format that was then translated to cut paths for the CNC router to follow for the initial cutting. After the CNC did its’ part with the major cuts, the details were hand carved to prepare for priming and metal coating. The cold-spray copper was applied and allowed to properly cure. The plaque was finished with our copper patina, then hand polished to bring out the beautiful metallic highlights. 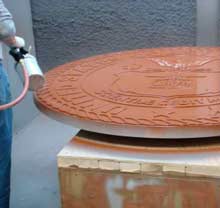 With the shipping crate constructed and waiting for the finished plaque, delivery was made to the Coast Guard Academy in New London Connecticut in time for the 2009 graduation ceremonies.

Atlas Signs and Plaques creates Military and Service Plaques for any branch, or organization. All custom in your choice of size, metal finish, and level of personalization. Easy to order online with upfront pricing and fast shipping. All Made in the USA using domestic materials and labor. 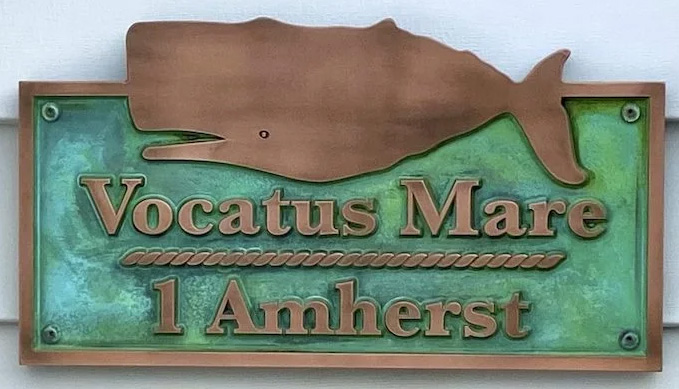 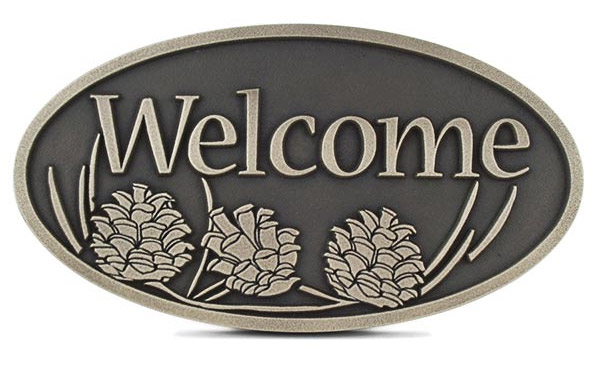 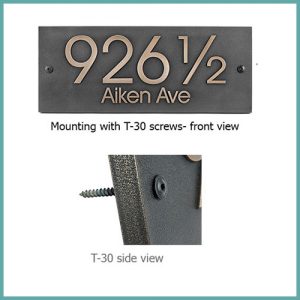 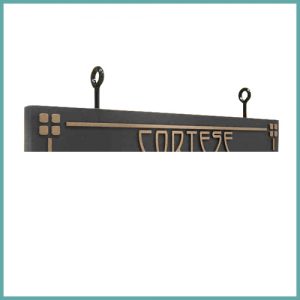 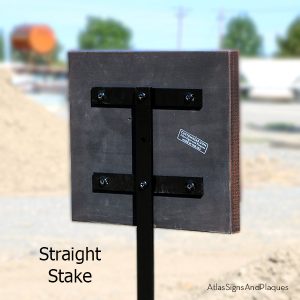 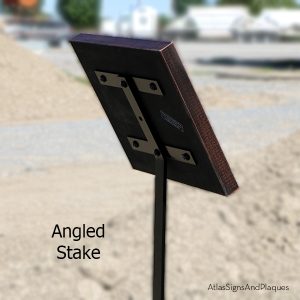 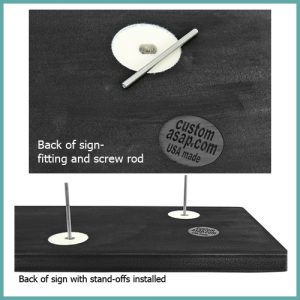 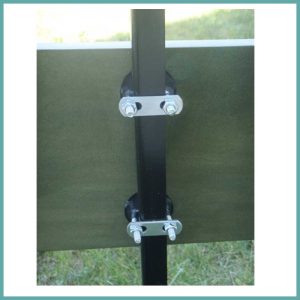 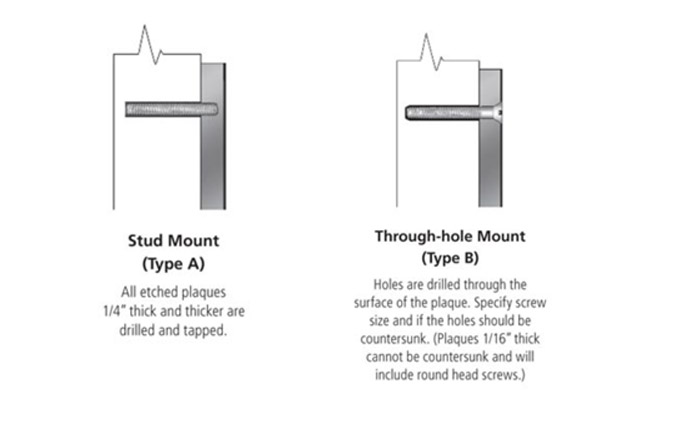 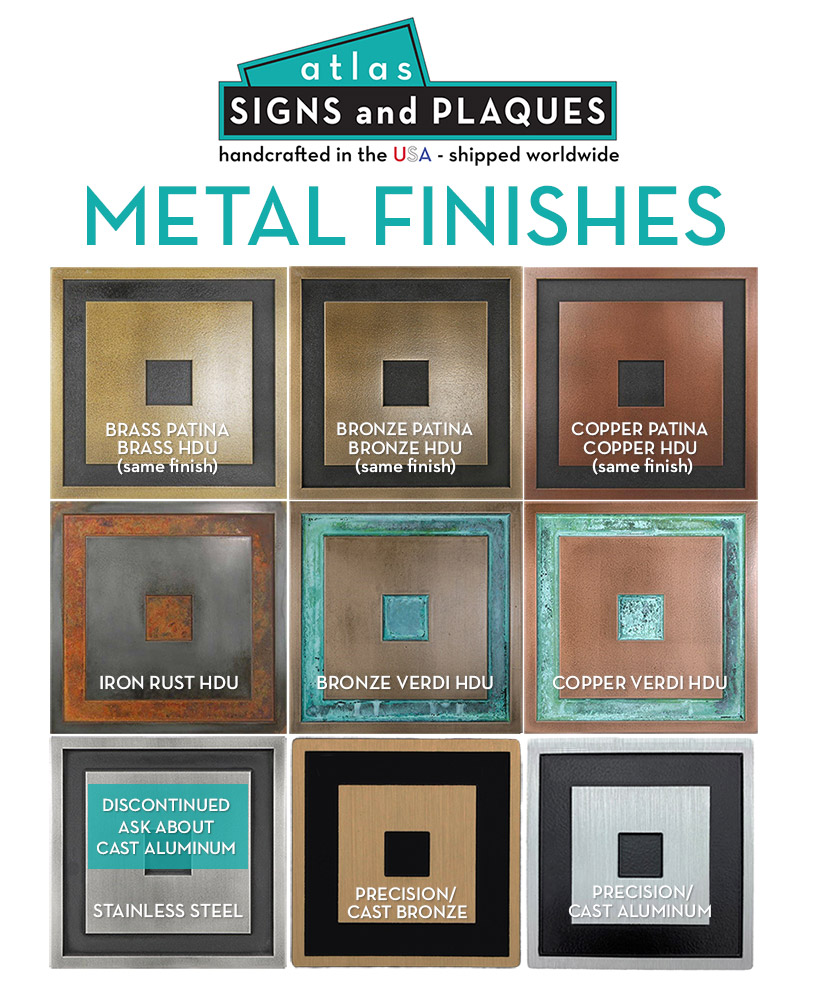 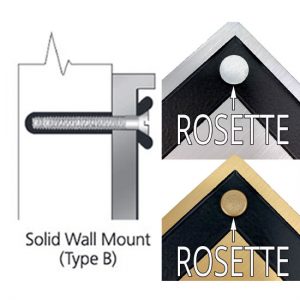 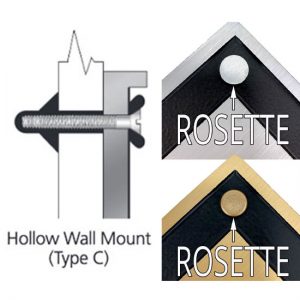 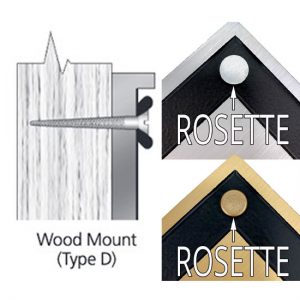 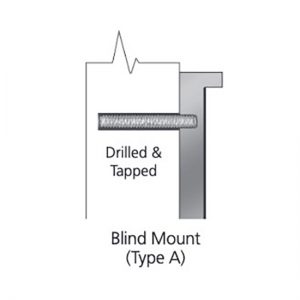 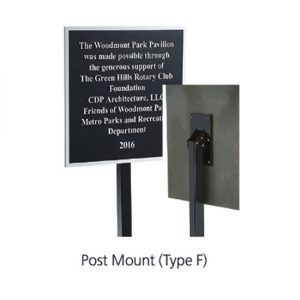 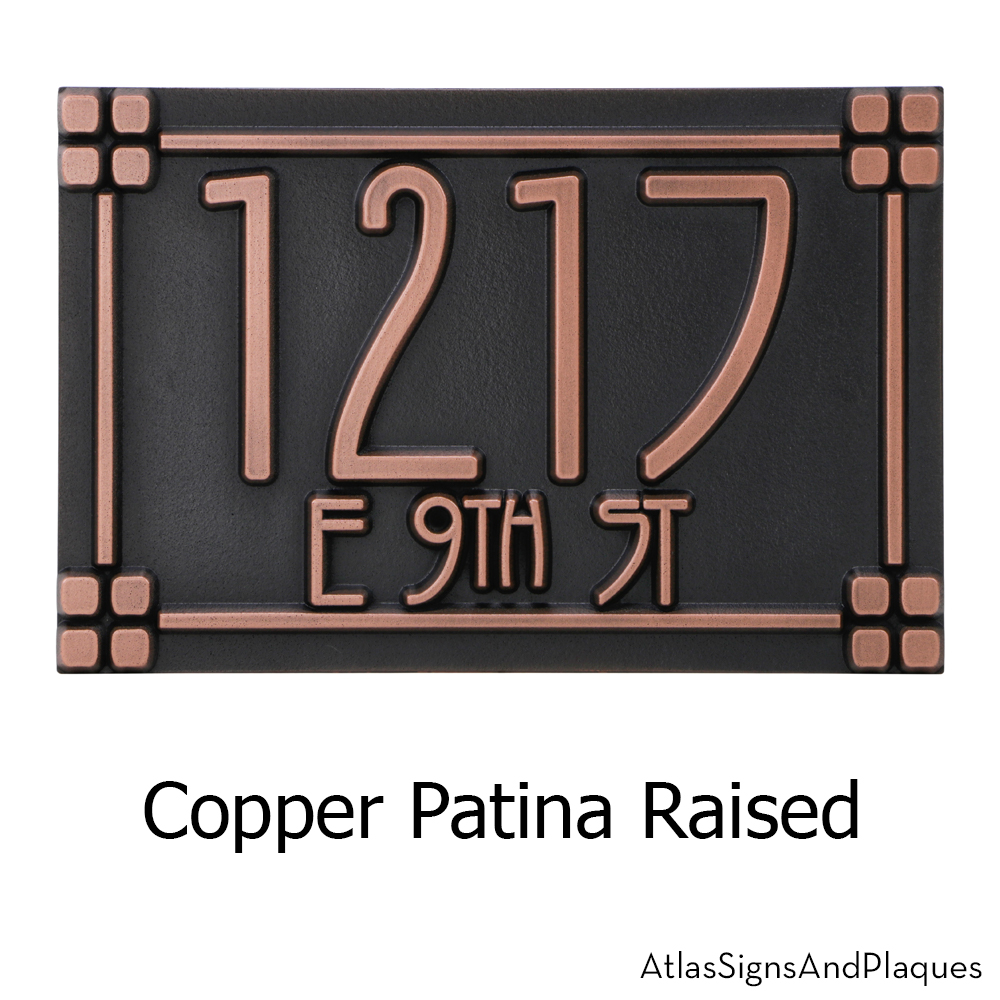 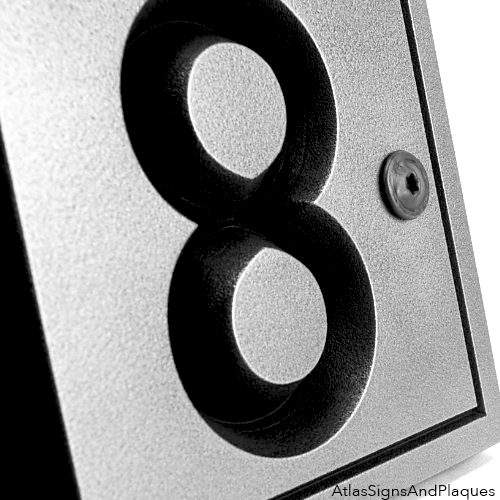